How to easily create a geographical heatmap using SAS and Python

This example shows how to create a geographical heatmap from a SASHELP.QUAKES dataset using SAS9API and Python.

Geographical heatmaps are great visualisation tools. They show the density of points in or near a particular area. They are especially useful when you have thousands of data points and are mainly interested in their overall distribution. For example, by looking at a heatmap you can easily determine regions with high crime rates, temperatures, earthquake activity, population density, etc.

Sometimes SAS users need to create such maps. One of the ways to create a geographical heatmap is to use a gmaps plugin designed for embedding Google Maps in Jupyter notebooks and visualising data on these maps. Here we demonstrate how to easily do it.

To follow the examples presented here you need to have the following:

Step 1 – Setting up the necessary tools

We need to install gmaps  package for Jupyter Notebook. The easiest way to install this package is to do it with conda  running this command in Anaconda Prompt (if you use Anaconda distribution of the Python language): conda install -c conda-forge gmaps .

To install gmaps  with pip  do the following:

jupyter nbextension enable –py –sys-prefix gmaps  (make sure you get “Validating: ok” after running this command)

(You can find full installation instructions at https://jupyter-gmaps.readthedocs.io/en/latest/install.html).

After installing gmaps  we need to restart Jupyter Notebook.

Then we need to get Google Maps API Key by following the instructions at https://jupyter-gmaps.readthedocs.io/en/stable/authentication.html.

Python sas9api  library can be gotten at https://github.com/analytium/python-sas9api. We need to download the sas9api.py  file to our local computer. It can be done in different ways:

We need to place sas9api.py  file in the same folder with our Python code or provide a path to it for a successful import.

Now we are ready to start writing a Python code in Jupyter Notebook. We will use data of 10000 earthquakes from the SASHELP.QUAKES dataset to create a heatmap of regions with earthquake activity based on locations and magnitudes of these earthquakes.

We need to pass our Google Maps API Key to gmaps (you will need to specify your key received from Google):

We assign SAS9API server URL and port to a variable (you will need to assign your SAS9API URL and port):

We retrieve data from the SAS server using retrieve_data  function from the sas9api  Python library.

We pass the following parameters to this function:

For a more convenient way of presenting the data we convert it to a Pandas DataFrame and then look at data.

Now it is time to create a map!

Since we are dealing with earthquakes, we create a TERRAIN map (you can try other available types of maps: ROADMAP (the classic Google Maps style), SATELLITE (just satellite tiles with no overlay), HYBRID (satellite base tiles but with features such as roads and cities overlaid)).

We can add different layers to this map.

First, we add a heatmap layer specifying the following parameters:

Then we add one more layer with markers of epicentres of all earthquakes with magnitudes 5.0 and greater. To display information about a particular earthquake when we hover our mouse over its marker or click on its marker, we specify the hover_text  and info_box_content  parameters as a list of strings with the necessary information. 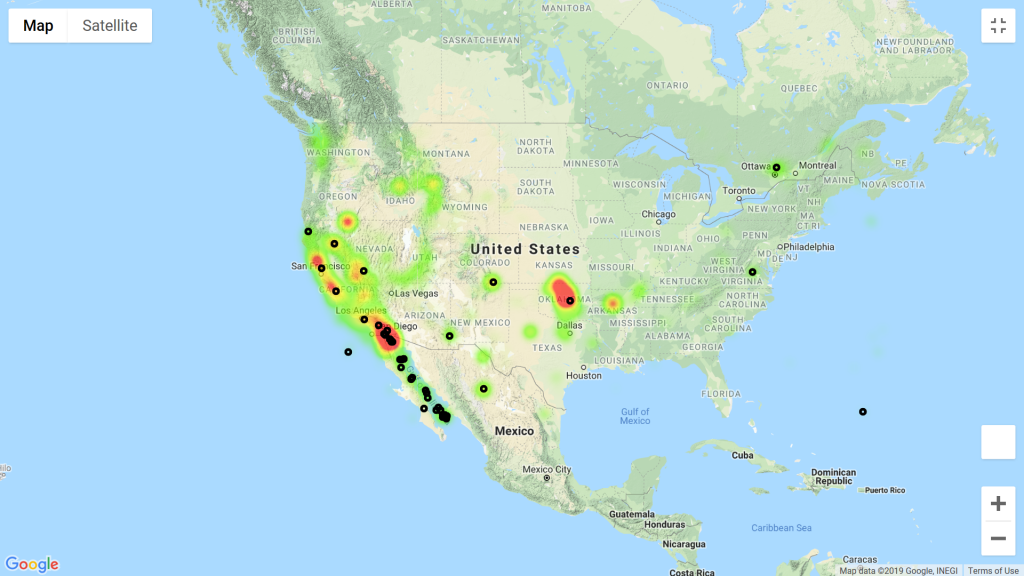 We can ZOOM IN and ZOOM OUT, move map, and hover a mouse over the markers to see the detailed information about earthquakes of magnitude 5.0 and greater (see picture below). 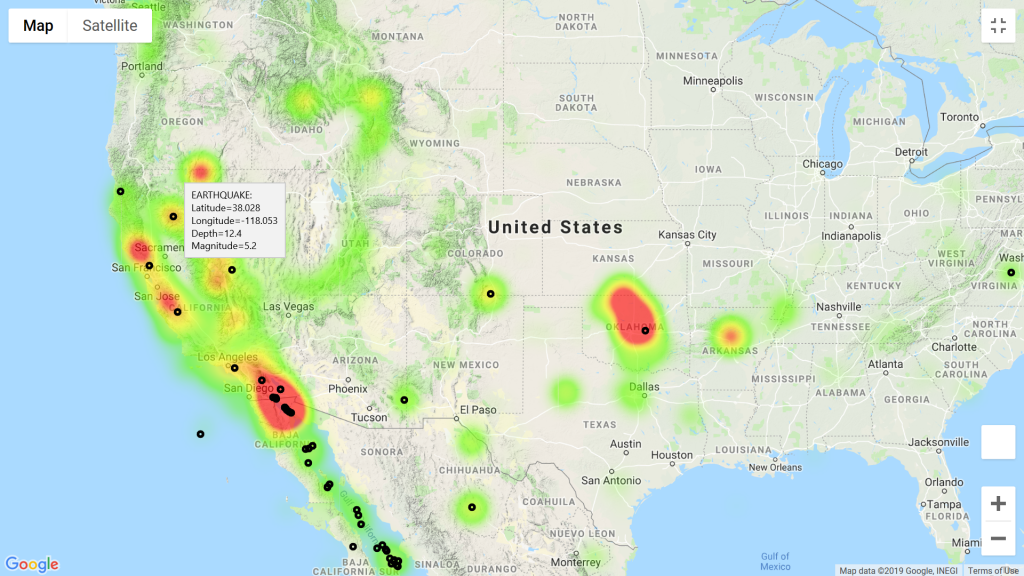 We have created a geographical heatmap showing the regions with earthquake activity. As you could see it was not a difficult process and did not require a lot of code. Now you know how to easily create beautiful heatmaps for analytical or reporting purposes using SAS and Python. There is much more to explore about creating maps:

For the full list of options and different examples please refer to this documentation: https://jupyter-gmaps.readthedocs.io/en/latest/index.html.